Will Rogers once said, “Even if you’re on the right track, you’ll get run over if you just sit there.”

It’s also true literally, according to a pair of new studies that say movement is the key to longevity as well as physical and mental health.

The first study showed that aerobic exercise (walking or biking, for instance) for just six months can begin reversing cognitive decline. And if it’s combined with a proper diet, the combo can reduce the brain’s functional decline, according to the report in the American Academy of Neurology.

That experiment was performed on middle-aged people.

Another one focused on people in their 70s and 80s. Published in the journal Neurology, findings said the risk of dementia is cut by physical movement – any movement. Even simple housework like cooking and cleaning can make a positive contribution.

“Exercise is an inexpensive way to improve health and our study shows it may have a protective effect on the brain,” says Dr. Aron S. Buchman with Rush University Medical Center in Chicago, who led the study.

These findings might not be headline-making, but they’re still relevant, especially when trying to get mature adults to exercise regularly. For instance, earlier research has shown that walking 45 minutes three days a week can increase brain volume among people over 65.

And really – no one’s publishing any scientific studies that say being a couch potato is good for you. 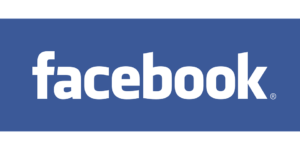